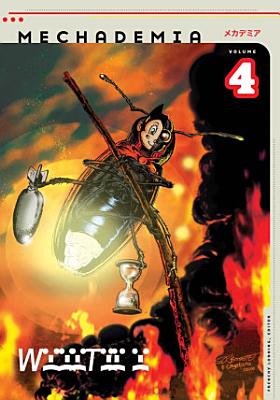 The themes of war and time are intertwined in unique ways in Japanese culture, freighted as that nation is with the multiple legacies of World War II: the country’s militarization, its victories and defeats, Hiroshima and Nagasaki, and the uneasy pacifism imposed by the victors. Delving into topics ranging from the production of wartime propaganda to the multimedia adaptations of romance narrative, contributors to the fourth volume in the Mechademia series address the political, cultural, and technological continuum between war and the everyday time of orderly social productivity that is reflected, confronted, and changed in manga, anime, and other forms of Japanese popular culture. Grouped thematically, the essays in this volume explore the relationship between national sovereignty and war (from the militarization of children as critically exposed in Grave of the Fireflies to reworkings of Japanese patriotism in The Place Promised in Our Early Days), the intersection of war and the technologies of social control (as observed in the films of Oshii Mamoru and the apocalyptic vision of Neon Genesis Evangelion), history and memory (as in manga artists working through the trauma of Japan’s defeat in World War II and the new modalities of storytelling represented by Final Fantasy X), and the renewal and hybridization of militaristic genres as a means of subverting conventions (in Yamada Futaro’s ninja fiction and Miuchi Suzue’s girl knight manga). Contributors: Brent Allison; Mark Anderson; Christopher Bolton, Williams College; Martha Cornog; Marc Driscoll, U of North Carolina, Chapel Hill; Angela Drummond-Mathews, Paul Quinn College; Michael Fisch; Michael Dylan Foster, Indiana U; Wendy Goldberg; Marc Hairston, U of Texas, Dallas; Charles Shiro Inouye, Tufts University; Rei Okamoto Inouye, Northeastern U; Paul Jackson; Seth Jacobowitz, San Francisco State U; Thomas Lamarre, McGill U; Tom Looser, New York U; Sheng-mei Ma, Michigan State U; Christine Marran, U of Minnesota; Zilia Papp, Hosei U, Tokyo; Marco Pellitteri; Timothy Perper; Yoji Sakate; Chinami Sango; Deborah Scally; Deborah Shamoon, U of Notre Dame; Manami Shima; Rebecca Suter, U of Sydney; Takayuki Tatsumi, Keio U, Tokyo; Christophe Thouny; Gavin Walker; Dennis Washburn, Dartmouth College; Teresa M. Winge, Indiana U.

Authors: Frenchy Lunning
Categories: History
The themes of war and time are intertwined in unique ways in Japanese culture, freighted as that nation is with the multiple legacies of World War II: the count

Authors: Frenchy Lunning
Categories: Art
Passionate fans of anime and manga, known in Japan as otaku and active around the world, play a significant role in the creation and interpretation of this perv

Authors: Frenchy Lunning
Categories: Art
If the source of manga and anime is physically located in Japan, the temptation for many critics and scholars is to ask what aspects of Japanese culture and his

Authors: Frenchy Lunning
Categories: Art
Lines of Sight—the seventh volume in the Mechademia series, an annual forum devoted to Japanese anime and manga—explores the various ways in which anime, ma

Authors: Sait Tamaki
Categories: Art
From Cutie Honey and Sailor Moon to Nausicaä of the Valley of the Wind, the worlds of Japanese anime and manga teem with prepubescent girls toting deadly weapo

Authors: Jasper Sharp
Categories: Performing Arts
The cinema of Japan predates that of Russia, China, and India, and it has been able to sustain itself without outside assistance for over a century. Japanese ci

Authors: Rayna Denison
Categories: Performing Arts
Anime: A Critical Introduction maps the genres that have thrived within Japanese animation culture, and shows how a wide range of commentators have made sense o