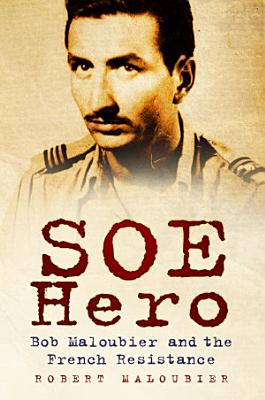 Robert 'Bob' Maloubier, otherwise known as the French James Bond and as Churchill’s Secret Agent, led a life straight out of a spy thriller. At the age of just 19, he escaped occupied France and ended up in England, where he was given intensive training by the Special Operations Executive (SOE). Back in occupied France, Maloubier’s SOE duties saw him commit large-scale industrial sabotage in Le Havre and Rouen, suffer gunshot wounds while evading capture and be evacuated in the nick of time by 161 Special Duties Squadron. Always at the centre of the action, just after D-Day he was flown back to France alongside fellow agents Philippe Liewer, Violette Szabó and Jean Claude Guiet, where he operated in guerilla warfare conditions and destroyed vital bridges. After another mission with Force 136 in the Far East, the sheer wealth of experience Maloubier gathered during the war made him a perfect candidate to help found the French Secret Service, for whom he proved invaluable. Bob Maloubier was undoubtedly one of the Second World War’s most remarkable, courageous and flamboyant characters. His simply and uniquely told personal account of wartime spent as an SOE agent and with the French Resistance is poignant, brutally truthful, and is told here for the first time in English.