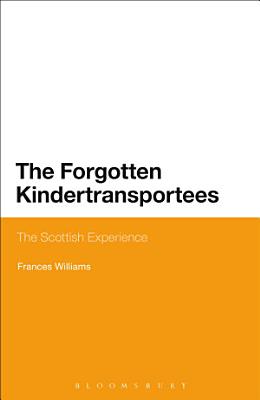 The Forgotten Kindertransportees offers a compelling new exploration of the Kindertransport episode in Britain. The Kindertransport brought close to 10,000 unaccompanied children and young people to Britain on a trans-migrant basis between 1938 and 1939, with an estimated 70% of these children being of the Jewish faith. The outbreak of the Second World War turned this short-term initiative into a longer-term episode and Britain became home to the thousands that had been forced to migrate across the continent to flee the Nazis and the tragic Holocaust that would take place. This book re-evaluates and challenges misconceptions about the Kindertransportees' experiences in Britain - misconceptions that currently pervade Kindertransport scholarship. It focuses on the particularity of the Scottish experience, scrutinising misleading national pictures, which have dominated existing literature and excluded this important part of the Kindertransport episode. An estimated 8% of Kindertransportees were cared for in Scotland for the duration of the war years and this book demonstrates how national agendas were put into practice in a region that was far removed from the administrative and bureaucratic hub of London. The Forgotten Kindertransportees provides original interpretations as it considers a number of important aspects of the Kindertransportees' experiences in Scotland, including those of a social, political and religious nature.This includes an examination of Scotland's philanthropic welfare solutions for the dependent trans-migrant minor, the role of Zionism and the impact of Scottish-Jewry's particular approach to Judaism and a Jewish lifestyle upon broader life stories of Kindertransportees. Using a vast body of new research material, Frances Williams provides a fascinating and detailed examination of the Kindertransport that is region-specific and one that is all the more important because of its specificity. This is an important text for anyone interested in the Holocaust and the social history of those involved.