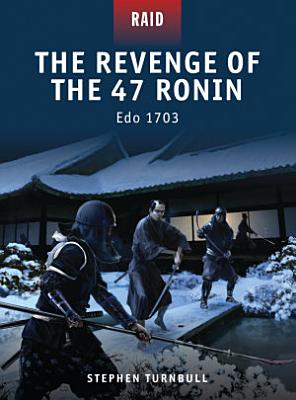 GET BOOK
The Revenge of the 47 Ronin Book Description:

When Lord Kira brought about the death of Lord Asano, he made Asano's loyal samurai into ronin – masterless warriors. These men secretly plotted their revenge and one snowy winter's night, launched an ambitious raid against their enemy's mansion in Edo. What ensued was the fiercest sword battle to have been seen in Japan for over a century. The gates were stormed, Lord Kira was captured and executed, and his washed head placed on Lord Asano's tomb. This title details the background, planning, and execution of this incredible raid, looking at the equipment used by the ronin, the tactics they employed in storming the building, and the dramatic events that followed, as the surviving ronin committed mass suicide – a final act of loyalty and defiance that sealed their legend.