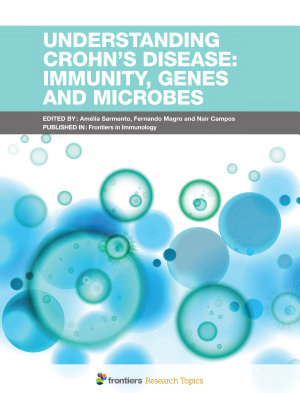 Crohn's disease (CD) is a chronic, relapsing, inflammatory bowel disease resulting in considerable morbidity and reduced quality of life. Although still under intense debate, CD seems to result from an enhanced and uncontrolled immune response to the gut microbiota. CD is thought to be multifactorial depending on genetic and environmental determinants. In recent years, nearly 100 single nucleotide polymorphisms (SNPs) were associated with increased risk of developing CD (some of the SNPs also associated with susceptibility to ulcerative colitis, another type of IBD). These SNPs are mostly located in genes involved in innate and adaptive immunity mechanisms, such as autophagy, expression of pattern-recognition receptors and citokine signaling. Epigenetics is also probably playing a role in CD susceptibility, as it is sensitive to environmental conditions and may mediate gene-environment interactions. Environmental factors possibly involved in CD development include diet, gut microbiota composition and infection with specific pathogens, of which the most consistently associated to CD are Mycobacterium avium subsp. paratuberculosis and adherent-invasive Escherichia coli. This Topic aimed at bringing together contributions covering different genetic, epigenetic, immunological and microbial processes involved in the development of CD, helping to drive forward the understanding of CD immunopahtology.